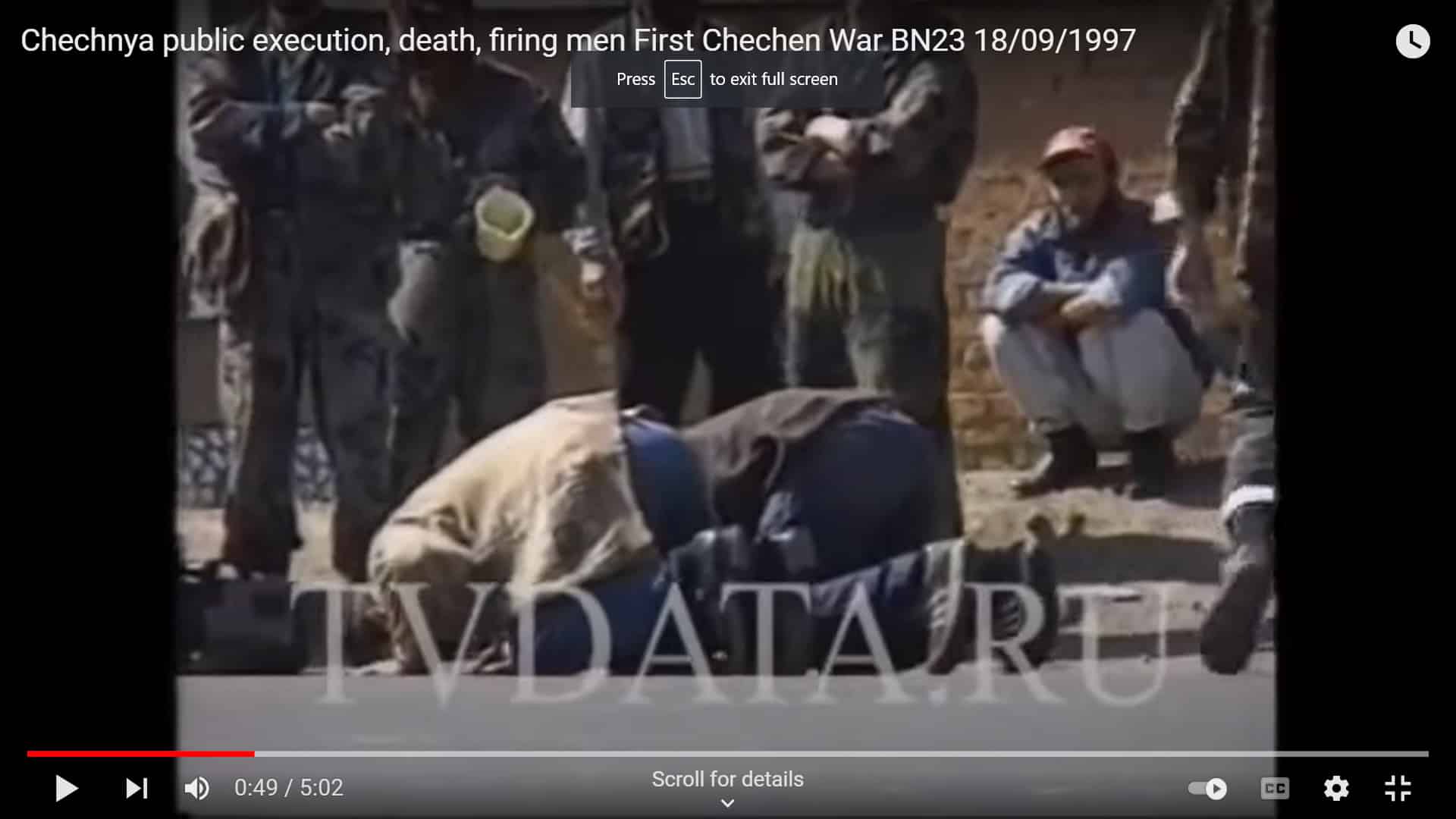 Stock footage featuring Grozny, Chechnya on the 18th of September 1997 during the First Chechen War in Chechnya. Chechnya staged a public execution in Grozny, putting to death by firing young people. It is capital punishment when the public voluntarily attends the horrific event.

Political Stock Footage is featuring Chechen War, available for licensing worldwide. You can buy extracts of it for your future documentary or a drama film, or any media project you have in mind. Here we present a collection of tapes featuring the Russian Presidential Election.